During Hurricane Katrina, thousands of animals were stranded and abandoned. In response to the public outrage, President Bush signed into effect on October 6, 2006 the Pets Evacuation and Transportation Standards (PETS) Act. The PETS Act:

Governor Perry followed with the passage of Texas H.B. 88 on June 15, 2007, which requires that companion animals and service animals be included in Texas County evacuation plans in the event of natural disasters.

The committee is made up of individuals from our community with varied backgrounds, experience, skills, and interests that are related to the care and/or welfare of companion animals, livestock, or wildlife. The committee provides input to city and county elected officials and emergency management personnel about non-disease and disease topics.

Websites with Information on Animals and Disasters 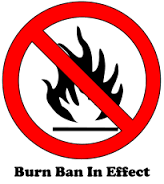 Brazos County is currently not under